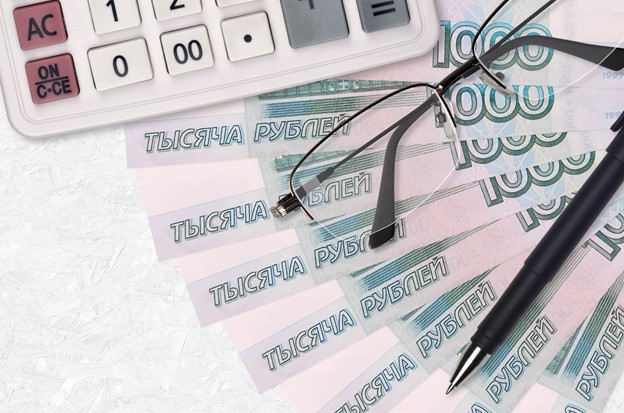 As Americans and people across the globe have watched in horror, Russia has invaded Ukraine, unleashing destruction across the country. In response, many countries (including the United States) have taken action to isolate Russia economically and diplomatically. Russia’s actions and the global response has caused major changes in the intellectual property sphere.

One action taken by NATO, the European Union, and the G7 to deter further Russian aggression and isolate Russia economically is to exclude Russian banking and business from SWIFT. According to Reuters, SWIFT is “the dominant messaging system underpinning global financial transactions,” and is a cooperative organization based in Belgium. The European Union has excluded seven Russian banks from SWIFT but has let Russian banks involved in energy remain due to the high percentage of European gas sourced from Russia. This move is not unprecedented; as Reuters reports, “the banks were chosen based on their connections to the Russian state, with public banks already sanctioned after Russia’s annexation of Crimea in 2014.”

Additionally, sanctions designed to punish Russian interests also will have effects on parties based in sanctioning countries with patent filings pending in Russia. June 23rd is the final day that businesses with patents or patent filings may pay anything to Russia or Russian agencies such as Rospatent. To be clear, Rospatent has not been sanctioned, but as a result of sanctions on Russian international finance, there is no way to pay Rospatent if you hail from a nation complying with international sanctions against Russia. So while there is no per se restriction on filing patents in Russia, it will become effectively impossible to do so after June 23rd. As Kilpatrick Townsend and Stockton LLP wrote in their article on the matter, “The prohibition on paying Rospatent is not only for filing a patent application but also for searches conducted in an international Patent Cooperation Treat (PCT) application.” Thus, sanctions on Russia will effectively cut off Rospatent from the PCT, and patents filed in Russia by international applicants will expire as applicants are unable to pay fees.

It is important to note that Russia has already been under heavy scrutiny for IP theft. Kilpatrick Townsend and Stockton LLP’s article continued: “In response to sanctions, the Kremlin recently decreed that patentees from ‘unfriendly’ countries, such as the United States, will not be compensated for unauthorized patent infringement.” In essence, Russia has legalized patent infringement on Russian patents filed by companies based internationally. It has clearly said that it will invalidate patents within its borders as it sees fit, and will allow Russian companies to use technology from outside of Russia without a license or penalty.

It is not just Russia flying in the face of international patent collaboration and protection, however. Authoritarianism has led to less of an appetite for global cooperation in many nations seeking to rival American innovation, such as China. China has seen a rise in IP infringement cases recently, as Chinese companies have become more aggressive legally to protect their intellectual property (the number of IP suits filed in China in 2020 was triple that of 2016). China has not upheld the patent rights of international companies, however. Japanese companies with IP portfolios filed in China have had to reevaluate their patent strategies in the country as a country once known as a safe haven to produce knock-off products has begun to see the development of Chinese companies’ IP portfolios.

There are a few reasons as to the complication of patent and trademark filings in China. As the Financial Times reports, “Two key factors are behind the swelling wave of IP litigation. One is a growing amount of IP owned by Chinese businesses. China was once notorious for its proliferation of knock-off products and was known as ‘copycat heaven’. There is still no dearth of counterfeit products in China, but Chinese companies now have more of their own IP rights to protect.” Chinese businesses have mirrored the rise of global power by China by increasing their intellectual property sway on the regional and global stages. However, another factor has also contributed to the rise in patent litigation in China. The Financial Times continues: “The other factor is enhanced IP legislation. The Chinese government revised the trademark, patent, and copyright laws in 2019 and 2020. The revisions have raised the maximum damages that can be granted by courts in these cases.” In essence, the Chinese government has given teeth to patent enforcement of Chinese intellectual property but is still going easy on patent infringement by Chinese companies on international patents.

The state of global cooperation on patent rights seems to be in peril due to an unstable geopolitical climate surrounding business and patent rights. Companies with IP portfolios in countries with poor records on defending the patents rights of international actors should be cautious with their IP strategies, as global collaboration on upholding intellectual property rights is currently being tested by actors who do not seem to mind patent infringement. The worst impacts will likely be to countries who fail to uphold strong patent protections. Deteriorating patent rights reduces the incentives for companies to invest in innovation. Less innovation can, in turn, restrict the substantial economic growth and prosperity seen in parts of the world with robust intellectual property rights.

Previous Post Will Matter Make Your IP Portfolio Irrelevant?
Next Post The Litigated Aftermath of Pandemic: Patent Problems (and Solutions)