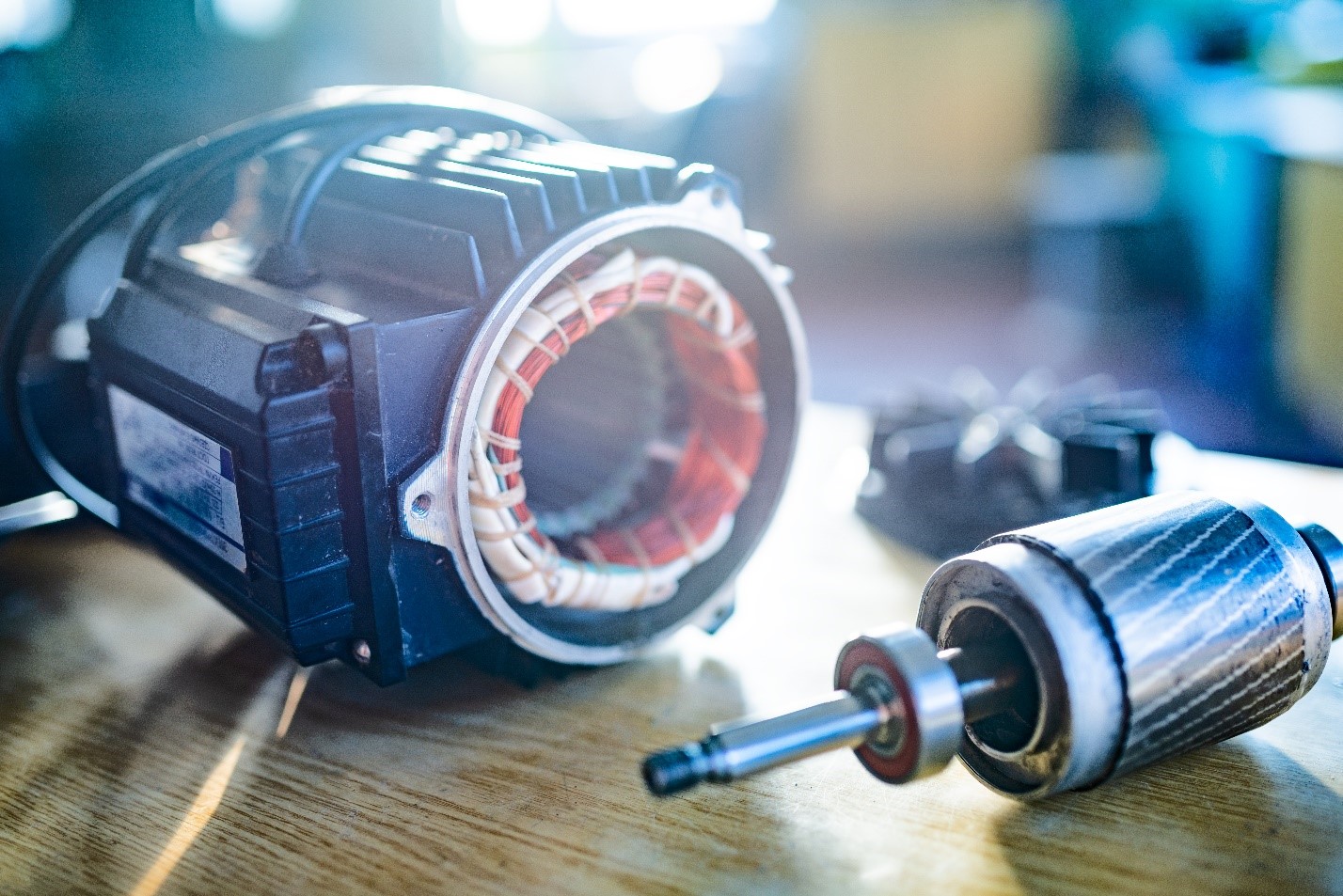 What do Robert Downey Jr., Bill Gates, Amazon (Bezos), and iPod inventor Tony Fadell have in common? Well, they are all investors in a new company called Turntide Technologies.  A more in-depth look at this unusual team of investors is cause for a shout-out. Our beloved Ironman has a big focus on helping the environment with his FootPrint Coalition. This coalition consists of investors, donors, and storytellers committed to technology to restore our planet. Gates, of course, has been a long-term climate philanthropist and author of a new book “How to Avoid a Climate Disaster.”

What is Turntide Technologies? Simply put, it’s a better electric motor. We use motors for everything. Electric motors have a big market. The company’s website claims that motors use half of the world’s energy. Moreover, they believe that 50% of that energy is wasted. By eliminating this waste, Turntide hopes to spur a reduction of 25% of the world’s carbon emissions. Wow!

So, what is the trick? The magic is a “switched reluctance motor.” SRM’s were first patented by W. H. Taylor in 1838 in the United States. However, Turntide’s motor is software-controlled. A patent application filed in 2015 describes the basic concept. The software controls a “rotor pole” that is energized precisely at the right time. Within thousandths of a second, the algorithm energizes and measures a pole, and then stores data for its current and inductance values.  Next, the technology measures a second current value taken by an adjacent, un-energized rotor pole and stores its current and mutual inductance value. The computer then estimates the precise timing to energize the poles in the correct order, and at just the optimal energy.

Think about it like this, imagine a device for precise control of a hammer driving in a nail.  The device offers robotic control of the hammer during the swing. Every thousandth of a second, the hammer moves a tiny bit faster or slower, adjusts left or right, until it hits the nail perfectly. Now imagine the software to control this looked at results and got smarter and smarter. Eventually, the device would never make a mistake. Each nail would be driven in with perfect precision and without wasting any energy.

The company has about 19 patent families at the time of writing. These inventions improve the system by reducing noise and vibration or optimize the motor at various loads and speeds. These patents even cover improving the motors shape for more precise control. What would our hammerhead look like if we optimized its shape over millions of trials?

There are, of course, millions of patents for improving motors in general (8.3 million on lens.org). And about a third of those are focused on electric motors (3.2 million). However, reluctance motors account for a mere 51 thousand patents. If we use creativity tools to Invent Anything, we can create nearly infinite improvements and applications in Turntide’s future.

More Inventions on the Horizon for Turntide

Turntide has raised about $180 million at the time of this writing. It is a safe bet that there will be many more inventions. This technology could develop into a platform for thousands of patents. In our experience with technology spaces like Turntide’s, we have seen important inventions grow to 10,000 or even more than 50,000 patents in a few decades. Once thought impossible in a cleanroom setting, a single patent on Chemical Mechanical Polish (“CMP”) has grown to over 200,000 patents.

Consider the potential for new business models. We could invent plug-and-play, size swappable Turntide motors. These new motors can be retrofitted into an old system instead of replacing it. Or the opposite could happen. When you buy a smart Turntide motor, you change the entire system around the motors. Suddenly, you can use small fuses. System safety may increase as the amperage needed is lower. Who knows, maybe the motor would be so smart that it could have algorithms that prevent circuit overload?

Consider using Turntide motor data as a control in your manufacturing line. You could use this data as part of your manufacturing line optimization algorithm. Your team could perform routine optimizations by ramping up the conveyor belt to an optimum speed. However, if you truly can Invent Anything, you may decide it is best to slow the belt down a bit to optimize for energy use. Slowing the belt down a bit might slow down production, but it may be more profitable if it uses less energy. Imagine smart motor algorithms that could be available to help out during a brownout.

What if the Turntide technology converges with the futuristic electric jet engines? We could take flights using half as much energy with no wear, no vibration, and no noise.

When we believe we can Invent Anything, the sky is the limit. We could focus more on AI and machine learning, of course, to optimize everything about a motor. Next, we can precisely measure every micro-step of every motor across the world. Leveraging these measurements, we could put all this data in a big cloud database. We can then see how efficient each motor is compared to its brothers and sisters. Misbehaving motors could be taken offline. Or we could find the motors that appear to be performing the best. Using these top performers as a model, we can translate their parameters to improve other motors. Turntide could have a valuable business model to tune up motors all over the world.

In case it’s not clear, we think Turntide’s technology is very cool. We are so glad that inventors who want to help the environment are finding support and investment. This trend is desperately needed. We also expect that inventions like this will propagate like a pebble dropped into a pond. The pebble casts ripples in all directions, affecting everything that it touches. The patent office needs to get ready. They may have to add a classification code just for Turntide.

Tags: Airplanes, electric vehicles, energy, environment, invent anything, invention, manufacturing, patents, Turntide
Previous Post The Invention of the Brewery
Next Post The Blue Gas Revolution Stands on the Shoulders of Past Inventors