Home Blog [How] Can AI Invent? 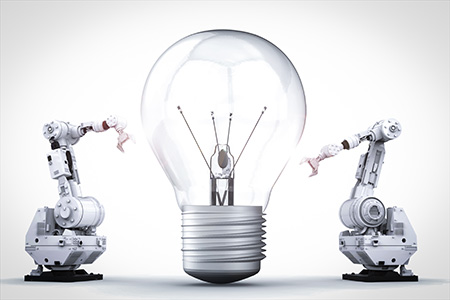 It has been obvious for a while now that artificial intelligence is not only going to assist inventors with more robust research and analysis tools, but will soon be inventing on a large scale itself. However, currently patent law does not recognize non-humans as inventors. This will slow down innovation and is an ultimately futile task. Therefore, the law should be changed to allow AI to be recognized as an inventor.

Currently, an “inventor” must be a person: a real, live human with a pulse. The United States’ law (35 USC §100) makes that explicit, based on the Constitution’s invocation of “authors” and “inventors.” The EPO definition is less direct. In any event, neither a “legal person” such as a corporation nor a non-human such as an AI can be an inventor.

That certainly makes sense. Until recently, only humans were capable of conceptualizing the inventive step necessary to, well, invent. Nor was there a compelling reason to allow an inventor to use a “legal person” as inventor; any benefit they might wish to acquire could already be gotten by assigning the patent to a corporation.

But now there are AI’s–things that are not humans–that can invent.  Plus, there is a compelling reason for allowing these non-humans to apply for patents: “[t]o promote the progress of science and useful arts.”  AI-driven invention can and will promote progress, better and faster (or at least more tirelessly) than humans. Developing and exploiting AI as inventors will lead to significant, if not drastic, improvements in technology and standard of living.

Furthermore, corporations and other “legal persons” might need to be listed as inventors, if for no other reason than to provide ownership of an AI; IBM’s Watson is not the product of or owned by any single human, but IBM should be exploiting and teaching any inventions generated by its AI.

How to fix it? It is as simple as changing the definition of an “inventor.” Unfortunately, doing so may be unusually difficult since it requires legislators to change the law to recognize that inventors can be non-human. Worse, these politicians will need to work in concert; if the EU recognizes AI inventors but the US (or China, or Korea, or…) does not, working around the non-recognizing countries will greatly hamper the benefits and therefore the adoption of AI inventors. In other words, progress depends on politicians being smart.

AI is here, and it will be inventing. It will take some legal changes to make it happen, but it will happen. The only question is how painful the transition will be.