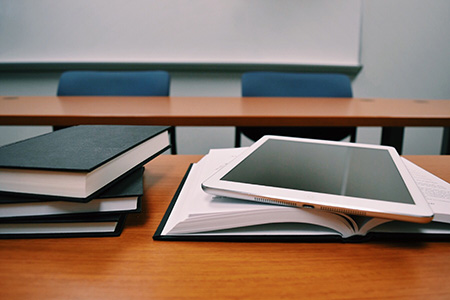 Patent
Patents are the intellectual property that focuses on useful creations. Patents embody a bargain between the government and the inventor: in exchange for advancing science and human knowledge by inventing, the government will grant a temporary monopoly on production (and presumably, the money that comes from exploiting the monopoly). At the end of the monopoly, the inventor makes the technology publicly available to the world. The result is the patent document, which contains an enabled description of the technology and details of the monopoly owned by the inventor.

An important limitation on patents is that they only protect new invention, not discovery or speculation; an “invention” that occurs naturally or is an abstract concept is not patentable (with some exceptions), nor is a hypothetical invention.

Copyright
Copyright is the intellectual property that focuses on artistic creation. Like patent, the copyright embodies a bargain between the government and the author. In exchange for creating the new work of art (which may include visual art, written works such as poetry or novels, music, and motion pictures), the author is granted a temporary monopoly on copying the artistic work. Unlike patents, which tend to lock up an invention in whatever form it appears, copyright is focused on the exact work as it is presented on the page, whereas the idea is still freely usable.

Both patents and copyrights are authorized in the U.S. Constitution, which also spells out their “bargain” nature.

Trademark
Trademark is the intellectual property that is designed around protecting consumers against fraudulent or bad merchandise. It does this by allowing manufacturers and service providers to label their goods and services with a specific symbol, or mark (trade dress is a specialized version of this). Only that producer can use that mark, preventing brand confusion in the customers’ mind. If they want the business’ quality, they will buy goods or services with that business’ mark.

Trademarks are subject to genericide, where a mark no longer refers to a specific brand but the entire class of products. Xerox (for photocopying) and Styrofoam (for polystyrene foam) are two examples.

Trade Secret
Trade Secrets are proprietary secret information of a business, however the key feature is that they are secret. Trade secrets may be ephemeral, like Google’s search algorithm or the New York Time’s bestseller list algorithm; or physical, like the recipes for Coca Cola or Kentucky Fried Chicken, or the location of the source of Blackburn’s Baseball Rubbing Mud (which is a fascinating story). Other examples are customer or mailing lists.

Trade Secrets also last so long as the information is secret. A patent on the recipe for Coca Cola would have run out in the 1910’s, but the trade secret is alive to this day.

Other
Other rights, such as image rights or rights of publicity, are sometimes classified as intellectual property. In addition, certain technologies, such as mask works or software, don’t cleanly fit in one of the existing IP types (this blog will devote a future post to these).

Each of the types of IP serves a different purpose and has a different structure. A canny user can leverage all four in order to fully protect their valuable innovation.

Tags: Chris Huffines, invention, Trade Secrets
Previous Post From consumer, to producer, to creator: A new era of IP development in China and India (2)
Next Post Artificial intelligence in IP/IAM space will come to us as an “App store”