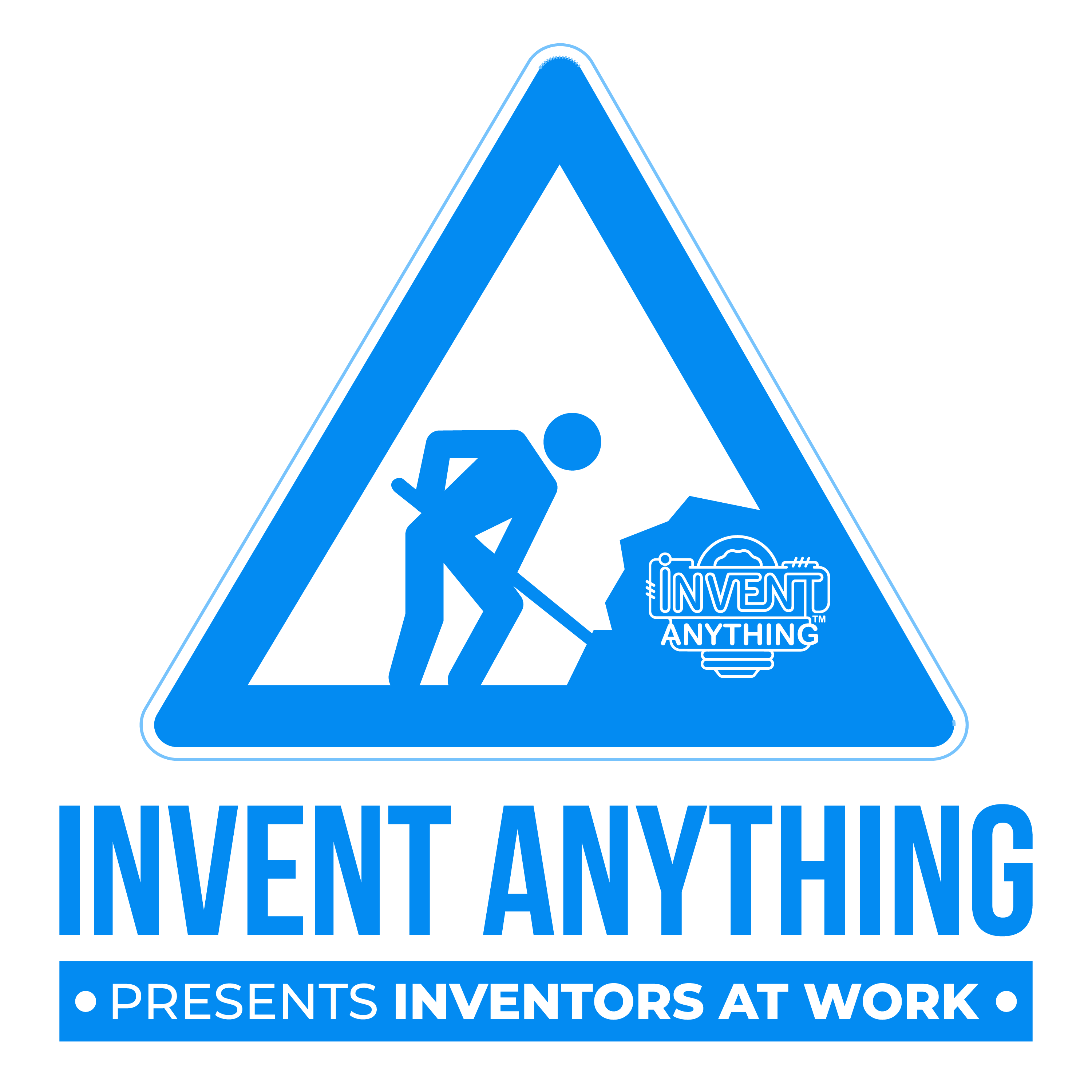 Invent Anything Presents: Inventors At Work. In this series of podcasts, host John Cronin interviews some of the world’s most celebrated inventors to learn what makes them tick. By exploring the inventors background, their education, career, and experiences that inspired them to invent, we hope demystify the process of invention and becoming an inventor. Join us each month to uncover the stories and lessons that gave rise to the innovative technology that powers the modern world.

Have you invented something? Do you have an interesting story of how an invention came to be? We want you on the next episode of Inventors At Work! Simply send an email to inventanything@ipcg.com with your invention and a little about yourself to be considered.

Episode 1 – Martin Cooper, Father of the Cellphone Part I

World-changing, the cell phone revolutionized how people communicate, freed people to connect with people, not places, without the constraints of the wired network. The cell phone led to the creation and growth of new industries.

April 3 is the 48th anniversary of the first call made in public on a cell phone. It happened on 6th Avenue at 52nd in New York City. That call, made by the “father of the cell phone,” Marty Cooper, whose second home for many years was in the Bay Area, called one of the “100 most important inventors in history,” by TIME magazine, has unquestionably changed all of our lives. It centers on a battle for control of how people communicate, involving government regulators, lobbyists, police, technology breakthroughs, failures, quartz, and a horse. At the center of that story is Martin Cooper, a legendary futurist. This book describes how his early life influenced the creation of the cell phone and how he persisted despite being told the idea was impractical, unmarketable and preposterous.

Industry skirmishes became a political war in Washington, a struggle to prevent a monopolistic company from dominating telecommunications. The drama crests in the first-ever public call made on a handheld, portable telephone—a cell phone. Despite that, the cell phone we know today almost didn’t happen. The first working wireless phone was created after just three months of frantic effort driven by the deadline of an FCC hearing.

Without the vision of visionaries and engineers at Motorola, the last 40 years of history would be different. Their story is inspiring and instructive. After a 29-year career at Motorola, Cooper became an entrepreneur, helping launch companies dedicated to accelerating cell phone adoption.

The story of the cell phone has much to teach about innovation, strategy, and management. This book also relates Cooper’s vision of the future of personal communications. He postulates that the story is far from finished, that we have only achieved a small fraction of the cell phone’s potential impact.

The cell phone empowers people from all walks of life. It is reshapes how children learn, how we collaborate. The cell phone is transforming medicine and healthcare, contributing to the eradication of disease, elimination of poverty, extension of life, and closely coupling human and artificial intelligence.

Marty Cooper spent years working in Silicon Valley as a founder, CEO and board member. For many years, the Valley was his second home. He was a founder of ArrayComm, Inc., a San Jose company that was a world leader in smart antenna technology, now known as MIMO. A version of MIMO is crucial in making 5G cell systems work. Marty also served on the board of Energous, Inc., which markets technology for charging devices at a distance, also a San Jose company. He is on the advisory board of Cinequest, which conducts a major film event in San Jose each year. Marty has also delivered numerous keynotes at Mosconi Center in S. F. Cooper is a graduate of the Illinois Institute of Technology, where he is a Life Trustee. He is a Member of the National Academy of Engineering and a recipient of the Marconi Prize “for being a wireless visionary who reshaped the concept of mobile communication.” Learn more at www.martycooper.com.

Martin Cooper is an engineer, inventor, entrepreneur, and futurist. He is known as the “father of the cell phone.” He led the creation of the world’s first cell phone at Motorola—and made the first public call on it. Over nearly three decades at Motorola, Cooper contributed to the development of pagers, two-way radio dispatch systems, quartz crystal manufacture, and more.

A serial entrepreneur, he and his wife, Arlene Harris, have cofounded numerous wireless technology companies. This includes Cellular Business Systems, SOS Wireless Communications, GreatCall, and ArrayComm. Cooper is currently chairman of Dyna LLC and a member of the FCC’s Technological Advisory Council. He was the first to observe the Law of Spectrum Capacity, which became known as Cooper’s Law.

In 2013, Cooper became a member of the National Academy of Engineering from whom he received the Charles Stark Draper Prize for Engineering. He was awarded the Marconi Prize “for being a wireless visionary who reshaped the concept of mobile communication.” He has been inducted into the Consumer Electronics Hall of Fame and Wireless History Foundation’s Wireless Hall of Fame. The Radio Club of America awarded him a Lifetime Achievement Award in 2010. He is a lifetime member of the IEEE, was president of its Vehicular Technology Society and received its Centennial Medal. In 2007, Time magazine named him one of the “100 Best Inventors in History.” He is a Prince of Asturias Laureate.

Cooper grew up in Chicago, the son of Ukrainian immigrants. He attended Crane Technical High School and the Illinois Institute of Technology, where he is a Life Trustee. He served in the US Navy as a submarine officer during the Korean Conflict.

On this Edition of Inventors At Work, John Cronin speaks with Hank Durschlag , the founder of BOA Nutrition, Inc. Hank has developed a number of technologies for the nutraceutical industry. John and Hank talk about Hank’s background, the joys and pain of inventing and getting products to market. They also discuss how inventors fit into the organization of a company, not always as the CEO.

Mr. Durschlag previously served a President of Double Eagle Holdings, LLC, and as CEO of HealthSport, Inc., both R&D companies involved in the development of nutraceutical and other products for professional and amateur athletes. Hank was a founding partner and served as President of GlucoTec, Inc. (now Glytec Systems), a developer of FDA-approved software related to intravenous dosing of insulin, other medications and other fluids.

Prior to his own endeavors, Mr. Durschlag was the Vice President of Sales & Marketing for Diabetes Management Services, Inc. (DMS), a national diabetes products and service company with treatment modules focusing on acute care, and women’s health. Hank received a Bachelor’s Degree from California University of Pennsylvania, California, PA, and a Master’s Degree in Business Administration (MBA) from Clemson University, Clemson, SC.