Home Blog What should your foreign filing strategy be? 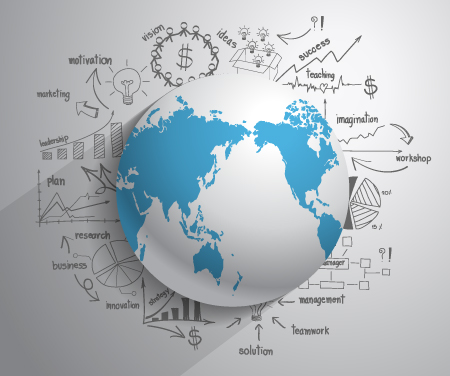 When deciding where to file patents, that is, what other countries should a patent be filed in other than the inventor’s home country, there are important considerations that need to be evaluate and weighed against each other. This creates a “foreign filings decision matrix” approach.  Here are some of the considerations that might help create a “foreign filings decision matrix.” Simply list the countries in columns and these considerations as rows and put a high, medium or low at each intersection to create an evaluation matrix.

The basic consideration of where to File is “Make, Use or Sell”. In other words, patent protection means that the invention cannot be commercially made, used, distributed, imported, or sold by others without the patent owner’s consent. It makes little sense to spend money in a country where there are no relevant plans to make, use, or sell.  This is a basic consideration.

Is there a plan to expand to that country with people or plant? This is a key consideration for the future filings, because if a company is not contemplating hiring or building capacity in a country, it is likely this country is a “low” consideration.

Do you speak the language? In this consideration, there are countries in which one can make, use or sell, but it is expensive and difficult to keep abreast of infringers due to language or other factors. If one cannot find infringers easily, then filing patents makes them less useful.

Does the country have good patent laws? In this consideration, there are certain countries whose patent law or record of (non-)enforcement would make it difficult to bring a suit to court and win. In China for example, although it is better, it is difficult to file and win a patent lawsuit.

Are there strong competitors in the foreign country?  If the answer is no, the question is, will it still be the same tomorrow? There are many technologies (and hence patents) where one is less likely to find competitors in the country, for all sorts of reasons (regulatory, market forces, cultural uses, etc.).

Does the prosecuting patent attorney have a strategy or history? Many times, a law firm may be very comfortable, for many of the considerations above, to be able to handle the foreign country filings and language and understanding of the nuisances of the laws, so it becomes more cost effective to file in another country.