Home Blog The Internet of Things and Intellectual Property: Who Owns the Data? 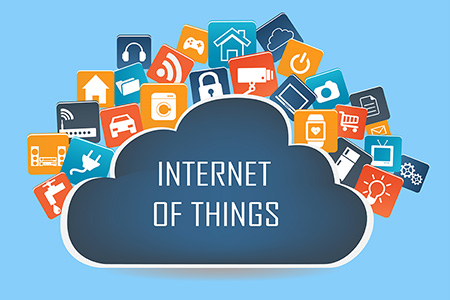 In our first installment of The Internet of Things (IoT), Data, and the Implications on Intellectual Property, we discussed the need to understand the full landscape of IoT, not just devices. In this second part, let’s talk about “big data”. All of these devices and the data they will create, hold, transmit and interact with raises a unique Intellectual Property (IP) question.

Who owns the data?

Here is an easily understood example:

A IoT enabled carton of milk with a sensor in it is triggered to tell the refrigerator in which it sits that the container is running low, and that milk should be added to the refrigerator’s list of things to order that day from the local grocer (set up to process and deliver such orders). A lot of data was just created in that event. Data such as, the type of milk, say “fat free”, the producer of the milk, the size of the carton, the names and addresses of where the order should go to and where it should be delivered, and the appropriate accounts to charge for the purchase. So to whom does all that data belong? The consumer, the milk producer, the carton creator, the refrigerator manufacturer, the grocer, the bank, the Internet Service Provider? Further, how will that data be used? Who could benefit from an invention – and the invention rights – to the control and analysis of that information?

Legal ownership of this data can quickly get very tricky and complicated, and that’s not even a very complex example of an IoT connected device. There are fleets of delivery trucks that send a continuous stream of multilayered data back to headquarters, other trucks in the fleet, and even local law enforcement. There’s even an entire city in South Korea, named Songdo, which has a fiber-optic broadband infrastructure that links all of Songdo’s social and information systems. Every building in Songdo, whether an office, residence, school, store or government outpost is part of the IoT. They are integrated with each other and offer the people living there an immersive internet experience. It is a massive amount of data being transmitted, exchanged and analyzed.

One might tackle this problem of “big data” ownership under the auspices of copyright. While that may indeed work in some cases, where a single proprietary device is creating data and storing it for later use, or transmitting it to another proprietary device, copyright claims fail miserably in the IoT model where objects are interacting with one another, creating new unique data sets and then handing that data to yet another device or person. The data, by its nature, might need to be accessible by another company’s non-proprietary IoT device. To handle this issue, there is the beginning of an open source consortium called the All Seen Alliance. They have created a communications protocol named AllJoyn in order to facilitate greater ease of communication between IoT devices. In the wake of such collaboration, it will be increasingly important to retain the rights to your data if you intend to profit from it.

From a business standpoint, an alternate way to protect IoT-related data is through development of patents covering IoT devices and the data flow through them. We advise that companies first understand your critical business objectives, and develop an IP Strategy that will support the products and services being developed – including the critical ownership of data.

Even though most computer-implemented creations like data that have a technical effect can potentially be patented, there are multiple approaches a company can consider to protect the data that is being created by a device, and these tactics can be integrated into your IP Strategy. Here are some examples:

This is a short list of examples, but they illustrate the point that a multi-faceted approach towards the IoT allows for the greatest flexibility when it comes to protecting your data.

The market is recognizing this and companies are beginning to patent specifically with the IoT in mind. A brief search for patents (as of March 2016) reveals approximately 2000 issued patents that specifically mention “Internet of Things” in the entire patent. Two exemplary patent filings include:

This small survey already indicates a strong understanding by companies of the importance of IoT data and the manipulation of it by IoT devices. Powerhouse companies such as IBM tend to claim their patent space quickly. We are already seeing indications that the number of IoT and data management filings will continue to increase.

With this is in mind, it is important for corporations that are inventing in the area of IoT to look at their current invention stream, as well as their current patent portfolios with an eye towards how they handle data and its protection. ipCapital Group offers support to clients via services such as our ipLandscape® and ipAnalytics®, and that can help you with that process.

However you envision the future, you can be assured that petabytes of big data will be part of it, and that in those massive amounts of digital ones and zeros, fortunes will be made.

In our last of the series, we will talk about what sort of future may be seen in IoT and the IP implications of future innovations in the connected world.