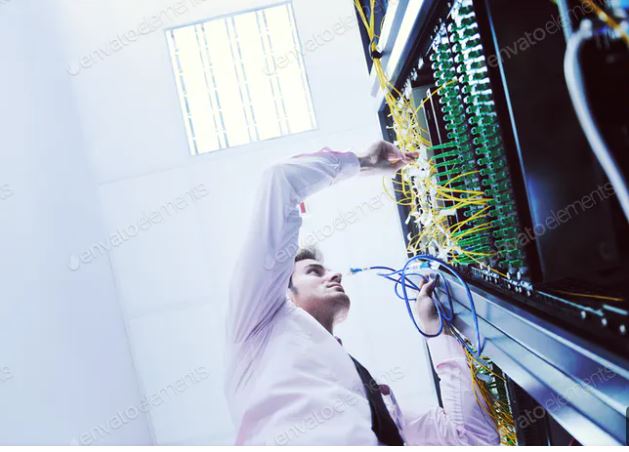 This is part three in our series on The Internet of Things (IoT) and Implications for Intellectual Property. See also part 1 and part 2.

In our second installment of The Internet of Things (IoT), Data, and the Implications for Intellectual Property, we discussed the relationship of data and IoT devices. In this final installment, let’s look ahead to the potential future of IoT.

The number of companies that are actively seeking IP protection in this area has rapidly increased. A chart created with ipCapital Group’s patent research software, ipCG Innovation Integrator, demonstrates that from 2007 and 2016, there was a 1300% increase in patents related to the IoT. 1

Furthermore, this increase in patent activity is distributed across multiple sectors and disciplines.

From healthcare to cars to smart home devices, these areas are hot with innovation and efforts to protect them. A more formal study of each of the patents would help reveal white spaces where innovation is not yet occurring. Even a quick scan of our topic wheel shows areas where innovation efforts are just emerging, e.g., in marine and agriculture industries.

As computer chips and devices get smaller, and corporations realize the complex relationships that can be deduced (and monetized) by the volumes of data generated from IoT devices, we can expect IoT connected items to become ubiquitous.

It would be unsurprising to see everything from cereal boxes to clothing to couches embedded with microchips that connect to the IoT, and report back gigabytes of data to you, corporations, and even the government. One can easily assume there will be all sorts of fantastical integrations when it comes to the IoT. What’s really important when it comes to the future of the IoT isn’t the things themselves, but how you or your business takes advantage of the things, the data they produce, and the gaps in the science. And ultimately, how the innovations can be meaningful.

Let’s take a look at the future and see where there are some advantageous opportunities:

Things: Look at any object around you. How could it be made better if it was connected to the internet? Could it be remotely controlled? Could it send some real time data about its use to someone?  Could it monitor its environment and send data about external conditions elsewhere? Could it be attached to someone or something either to enhance it, or gather data about it?

Every one of those questions is an opportunity regarding the IoT. All of these want-to-be connected objects will require a combination of hardware and software integrated into to them. That ideation and design process will create substantial amounts of intellectual property.

What about totally new things that haven’t been invented yet? Nanoparticle inks that can change color based upon IoT related input? Let your imagination run wild.

Data: The heavy hitter of the IoT is the data it generates. Perhaps even more than the things themselves, it will be the literal yottabytes of data that all these things create that will hold the most opportunity in the future.

We are already seeing big corporations like Microsoft, Google, Amazon, and Apple produce what are essentially IoT hubs in homes.  Amazon Echo, Google Home, Cortana, Siri: these devices and services are marketed as “digital assistants,” but in reality, these are IoT-connected data collection devices. Each one learns about your habits, needs, and lifestyle, and sends that data away to be collected, correlated, and most importantly, acted upon.

So what kind of actions? Where’s the future payoff for you or corporations? It will be in the analysis of the data and the efficiencies and improvements available based on that analysis. Some of it will be straightforward and won’t require much more than massive amounts of “IFTTT” (if this, then that) software statements to handle. For example, if the thermostat reaches 65 degrees, then send me a text notifying me that the house is cold and that my Google Home device just turned it up to 72 degrees. That’s easy enough to do. However, there will also be many use cases that require a more in-depth human review and analysis to realize the value of the information.

Let’s take some data from our ubiquitous future IoT. Let’s say a large coffee chain has put into the cardboard of every cup of coffee they serve a small Wi-Fi chip or some sort of super RFID tag that is connected to the IoT. This chip sends data back to the coffee company that reports any number of metrics, such as just how quickly the coffee is consumed, how much sugar and cream or other items are added, as well as how much is left in the cup when the cup is thrown away. This may seem like useless information and even a questionable use of the IoT (why put chips in disposable coffee cups, you ask?) But this is exactly the kind of hidden data that the IoT will create that will change our world. With our hypothetically IoT-connected coffee cup, we could use the information to make the following business decisions:

When you look at what would otherwise seem to be mundane data to certain people, and tie that data to a specific commercial vertical, there can be great value.

Data can be correlated across sectors, such as measuring how far away people travel once they get a cup of coffee, or how many discarded cups end up outside of landfills, or even what type of cars people get in when they have a cup of coffee from a certain coffee chain. Increased intersections of data and information lead to a gold mine of actionable and marketable data.

Standards, Security & Privacy, Oh My:  Initially there will be a need to create standards and equipment for which data is transmitted, collected, and parsed. It cannot be the Wild West where “format wars” or proprietary code rules the landscape. At the very least, there will need to be data converters if some companies don’t wish to sign on-board an agreed upon standard.

Another reason we need to closely consider all the angles of an exploding IoT industry is the security risk of having everything from your shirt to your car connected to the IoT. There is a significant need to address cybersecurity and the fear of hackers. What if someone hacks an IoT item and does something nefarious? This has already happened, as demonstrated by the IoT attack on Dyn in October 2016, where 10 million IoT connected devices were hacked and were used as a DDos attack against major websites. How do we protect ourselves? In that question lies significant opportunity for innovation and invention going forward.

Compounding security will be the loss of privacy, with all that data going to third parties that will use it, manipulate it, sell it, and try to affect your behavior based on their understanding of it. The end result can be positive, negative, or simply annoying, but there will be an exchange of privacy for what you get from the entities providing IoT services and products.

Hardware/Software Integration: There will be significant need for design and creation of communications hardware and connection/operation via software. Let’s return to our IoT-connected disposable coffee cup. It will need chips small and cheap enough to imbed in the layers of the paper that make up the cup. It will need some sort of power source. Perhaps that power source is external, such as in the case of RFID, but then there will be a need for RFID transmitters that blanket areas in megahertz range signals, along with data receptors that can read the returning signal carrying the data.  Maybe a possibility exists for integration with the cell phone networks. Companies that operate anywhere in the supply chain for IoT – whether it is manufacturing chips, integrating or making products, or transmitting, compiling, or analyzing data – will find opportunities for invention to make it all work seamlessly.

Why It Matters:
Just because something can be connected to the internet doesn’t necessarily mean that it should. As we mentioned earlier, is potential efficiency or perhaps the chance of profit worth doing so? Perhaps the end result is simply entertaining, such as an IoT related game that binds players closer to internet platform. We see some of the greatest possibilities in creating inventions and protecting the aspects of how you are really improving something via connecting it to the IoT.  Will people’s lives get better? How will they get better? For those companies that create true IoT improvements, are there patentable processes, results, or equipment in that sequence of IoT events, and how can it help create a competitive advantage over others?

All of these products and data services managing the entire spectrum from beginning to end will need to be created if the future of the IoT is really going to meet its goals of a world where “things” are connected, safe, equitable, and indeed actually worth the effort.

The future of the IoT lies in people taking advantage of the infrastructure and data to create wealth, enjoyment, insight, ease of use, and ideally improved lives.

If your company hasn’t been thinking about the IoT, and want to accelerate your innovation in this area, ipCapital Group can help you with that via our services, such as Invention on Demand. Please contact us at info@ipcg.com or call us at (802) 859-7800.

1 – Based on keyword search in title, abstract and claims of patents and published patent applications from Jan 1, 2007 to present.